Warning: A non-numeric value encountered in /home/dnasbest/public_html/wp-content/themes/Divi/functions.php on line 5763

What is Asbestos?Understanding asbestos risks is the first step to safe, effective treatment.

Asbestos is a natural mineral (or rather, a group of minerals) that’s been used by humans for thousands of years. Valued for its heat-resistant properties, it was commonly used in a number of industries, especially construction, throughout the 19th and 20th centuries. However, investigations during the late 1900s proved that asbestos exposure causes a number of serious conditions, including mesothelioma and asbestosis.

Nowadays, Australia recognises the severe danger of asbestos exposure, so the legislation surrounding its removal and disposal is very strict. If you’re planning to renovate or demolish an older building, then understanding the risks of asbestos exposure is critical for both private and public safety.

Although the earliest human uses of asbestos date back at least 4,500 years, the products we are familiar with today saw their origins in the mid nineteenth century. During this period, industrial-scale mining of asbestos began in numerous countries, and supported the production of asbestos products like insulation and building materials. By the end of the 19th century, manufacturers used asbestos in a wide range of items including appliances, pipes, concrete, flooring, bricks, drywall and more.

This usage continued to accelerate through the 20th century, particularly in the case of building materials. In Australia, asbestos mining and manufacturing boomed during the 1940s post-war period, fuelling the demand for low-cost housing. Especially in NSW, a large majority of houses built prior to 1980 include some form of asbestos. Although production declined during the 1980s and stopped by 1990, Australia’s complete asbestos ban only came into effect at the end of 2003.

Leading up to the ban, the asbestos used in building materials and other products was replaced by substitutes like cellulose or fibreglass. This means that newer properties should not be in danger of containing asbestos materials. However, if your building pre-dates the 2003 ban, you should be aware that asbestos may be present. Homes built before 1987 have a very high chance of containing asbestos products. 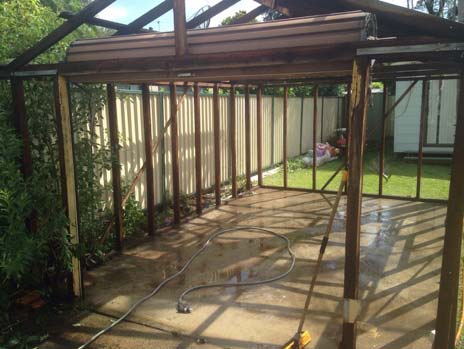 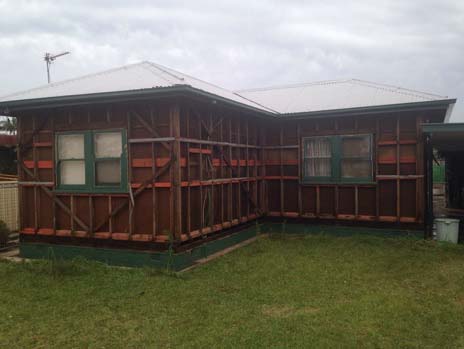 Types of Asbestos: Friable and Non-Friable

Asbestos is described as either friable or non-friable. This is an important distinction, as it is the major contributor to the overall risk factor. 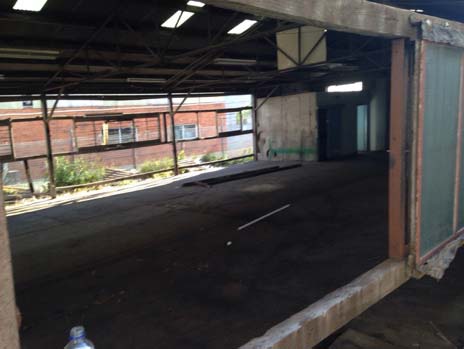 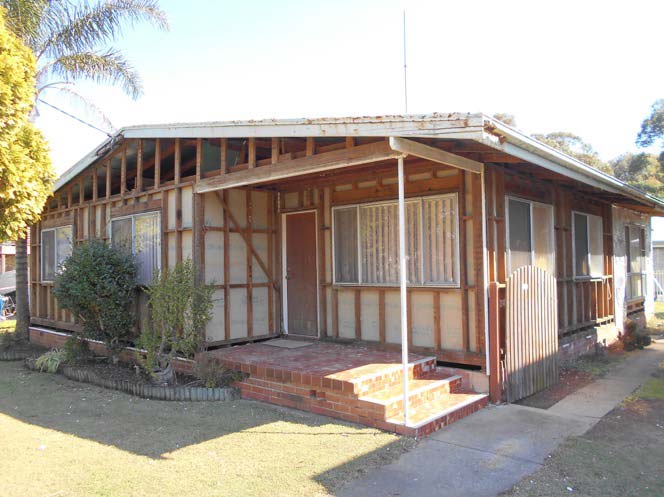 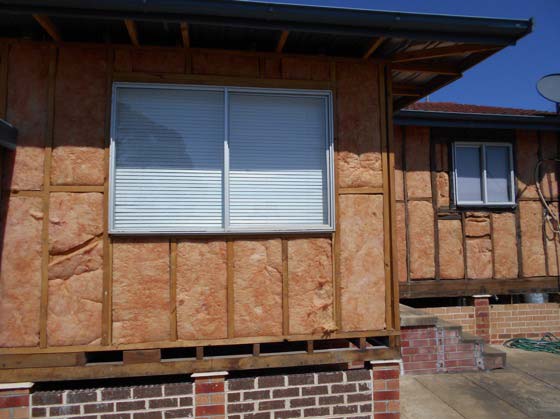 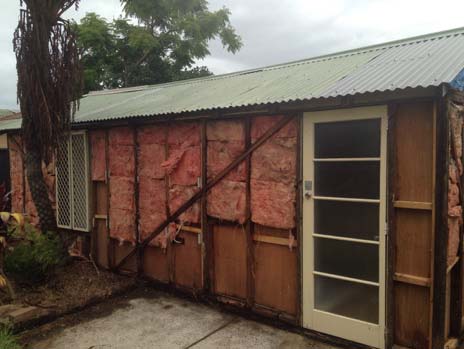 The term “Non-friable” describes asbestos that is bonded with resin, cement, or some other substance. You’re probably familiar with the terms “fibro”, “asbestos cement” or “A/C sheeting”. All of these terms refer to bonded asbestos building materials. Fibro in particular was very popular for affordable housing in Australia’s post-war boom period.

Almost all asbestos used in Australia was non-friable, so in most cases, this is the type you will encounter. Places you might find it include:

Usually, non-friable or bonded asbestos is not dangerous as long as it remains inert. However, that does not mean you should disregard it! If you damage bonded asbestos material (for example, by drilling or cutting), you can easily cause the asbestos to become friable. Accidental damage and long-term wear can also cause this to happen – sometimes just touching a heavily weathered piece of fibro is enough to make it crumble or fray.

The term “Friable” describes asbestos in its immediately dangerous form. When nothing keeps the asbestos fibres bound together, they can easily escape into the air, ready for humans to inhale. It is this inhalation that leads to the serious and life-threatening conditions we now associate with asbestos.

Some asbestos materials are friable by design – for example, the loose-fill insulation that caused a major health scare in the ACT. However, Australian companies didn’t use these materials often, especially in domestic properties. Damage to bonded asbestos materials is the much more common cause, often during DIY renovations or repairs, or due to extended weathering.

If you are planning renovations or demolitions, don’t start work without taking safety measures: evaluation, testing, and (if necessary) safe disposal plans. And if you’re unsure about your property’s asbestos content, always start with professional asbestos testing.

How do you know if your building contains asbestos?

The likelihood that your home contains asbestos depends mostly on when it was built.

These categories only address the likelihood of asbestos materials, so proper testing is still advised. For properties in these categories, the only way to be certain of whether asbestos is present, is to call a qualified contractor who can perform asbestos testing. 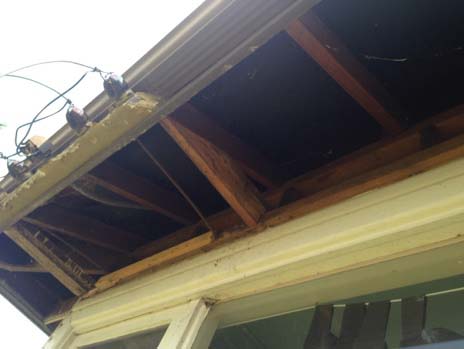 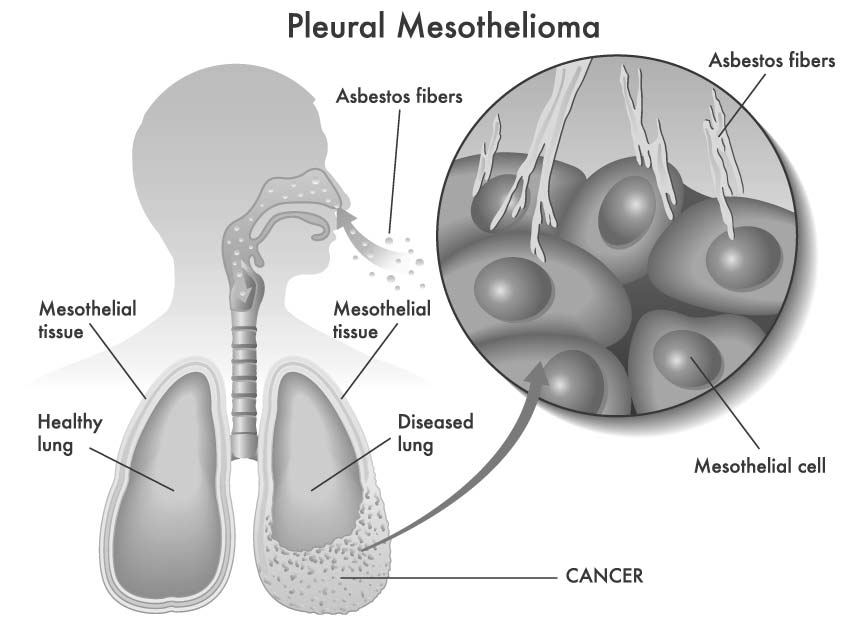 What are the risks of unsafe asbestos removal?

Asbestos inhalation causes or contributes to a number of chronic and potentially fatal diseases. This is why it’s so important to take due care when handling asbestos-containing materials, and why the law restricts unlicensed people from disposing of asbestos themselves.

Diseases associated with asbestos inhalation include:

…And a number of other chronic diseases.

Relative to our population, Australia has the highest reported incidence of asbestos-related disease in the world. This is partly due to a recent wave of asbestos victims who were exposed not in the workplace, but during home building and renovations. Today, many Aussies still ignore the possibility of asbestos when they renovate, placing their whole family at risk.

Research shows that there is no safe level of asbestos exposure, so even a single incident is a health hazard. You also face severe penalties if you destroy or dispose of asbestos in a dangerous fashion. It simply is not worth the risk.

D & N Asbestos testing includes a full and detailed report listing the location, type, and condition of any asbestos-containing materials, along with a risk assessment. We then outline the control measures required, and our professional recommendations. Click here to learn about the affordable, professional asbestos testing we offer.

Remember – if you are unsure, the only safe decision is to assume that the property does contain asbestos. In this case, you will need to employ a licensed asbestos removal service to handle it appropriately. D & N Asbestos Removal offers professional asbestos removal and disposal at affordable prices, for both domestic and commercial properties. Call today for your free quote!

Guessing that a building “may” contain asbestos is not an option.
Call the experts!